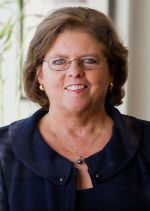 Maureen Bisognano previously served as IHI’s President and CEO from 2010 to 2015, and as Executive Vice President and COO from 1995 to 2010. She is a prominent authority on improving health care systems, advises leaders around the world, and is a frequent speaker at major health care conferences. Ms. Bisognano is an elected member of the National Academy of Medicine, an Instructor of Medicine at Harvard Medical School, and a Research Associate in the Brigham and Women’s Hospital Division of Social Medicine and Health Inequalities. She currently serves on the boards of The Commonwealth Fund, Cincinnati Children’s Hospital Medical Center, ThedaCare Center for Healthcare Value, and on the Advisory Board of County Health Rankings and Roadmaps. Prior to joining IHI, she was CEO of the Massachusetts Respiratory Hospital and Senior Vice President of The Juran Institute.