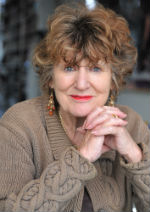 Hedy d’Ancona started her career as assistant-professor social geography at Amsterdam University. In 1968 she was one of the founding mothers of the feminist movement in the Netherlands, and in 1972 she began a feminist magazine that is still in publication.

In the beginning of the seventies she was elected as member of the Senate for the Dutch Labour-party. In 1980 she became Secretary of State, responsible for emancipation, and in 1989 she was elected Minister of Welfare, Health and Culture. For 10 years she was a member of the European Parliament, and from 1995-1999 was vice-president of social-democratics.

After leaving formal politics she chaired numerous organisations (such as Oxfam), museums and festivals. In the last few years she has been involved in the emancipation of elderly people and took part in the creation of legalisation for a self-chosen moment to die for the elderly. She is ambassador of the Royal Concertgebouwg Orchestra and of Long live the Arts, in which 500 000 older people actively perform.

Hedy d’Ancona has a son and a daughter and three grandsons.