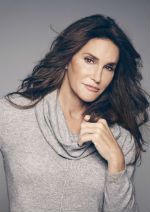 In 1976, Caitlyn Jenner broke the world decathlon record by scoring 8,634 points at the Olympic Games in Montreal, and earned the title of “World’s Greatest Athlete.” Forty years later, she captured the world’s attention again when she revealed that she is a transgender woman during an ABC News special with Diane Sawyer. Since revealing her true self, Cait executive produced “I Am Cait,” the landmark series on E! documenting her post-transition life, partnered with M·A·C Cosmetics to donate over $1.3 million to transgender Initiatives and became the face of the H&M “For Every Victory” sportswear campaign. In April of 2017, Caitlyn shared her story in her New York Times bestselling memoir, The Secrets of My Life, co-authored by Pulitzer Prize-winning journalist Buzz Bissinger. Caitlyn was named Barbara Walters’ Most Fascinating Person of the Year in 2015, runner up for the 2015 Person of the Year, Out Magazine’s 2015 Newsmaker of the Year and one of Glamour Magazine’s Women of the Year. She was honored with the Arthur Ashe Award for Courage at the 2015 ESPY Awards for her transition from Olympic athlete to transgender activist.