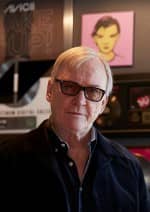 Klas Bergling, born in 1945, is a Swedish entrepreneur married to the actress Anki Lidén. The couple share four children together; Linda, David, Anton and Tim.

After Klas sold his company in 2001 he worked for a few years importing furniture from Egypt. When Tim (artist name Avicii) began his career however, Klas founded Avicii Music AB as well as companies associated with Tim in Switzerland and the US. Today, Avicii’s operations are entirely Sweden-based.

In 2019, Klas and Anki started the Tim Bergling Foundation, which is financed by the Avicii companies. The foundation also owns the Avicii brand.